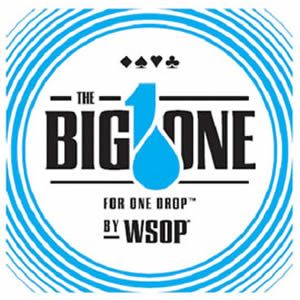 Famous Poker Stakes: The Big One for One Drop

There are very few moments that are so revolutionary that they change the poker world forever after.

When I say revolutionary I’m talking the 1970 WSOP; the did-it-even-happen cash game between Johnny Moss and Nick “The Greek” Dandalos, the launch of Planet Poker in 1998, Chris Moneymaker’s WSOP win in 200,; and the launch of Late Night Poker and the hole-card camera.

Another example of this is the Big One for One Drop, $1,000,000 buy-in tournament at the 2012 WSOP. This event pushed the boundaries of what many people thought possible in poker, and it changed the way poker staking deals were hashed out; the latter point will be the focus of this column.

As I mentioned in the introduction, One Drop not only changed the face of poker tournaments (and what people thought was possible in a post-Black Friday world) but it also brought staking deals out of the shadows and into the vernacular of casual poker players.

Before One Drop everybody in poker knew staking deals were rampant and many tournament players relied on staking deals to survive, but it wasn’t until casual fans had to square-up the idea of someone buying into a $1,000,000 tournament that they started asking questions like, “How can these guys afford that?”

And thanks to One Drop, for the first time they got candid answers to this question.

The One Drop telecast was the first time I had ever heard announcers openly talk about the staking deals that go on in poker, and explain how some of the players only had small to miniscule percentages of themselves in the One Drop tournament. My jaw nearly hit the floor when the commentators started openly speculating on the percentages these players had. For whatever reason, it took a $1,000,000 buy-in tournament for the poker world to feel comfortable enough to remove the veil that had shrouded staking deals from the general public.

In any other tournament the storyline would have been “Antonio Esfandiari wins $18 million,” but for One Drop it went on to ask the question, “How much did he have of himself?” The money was so big for One Drop that it was basically impossible for the poker world to hide the fact that players were being backed. Fans who were probably mystified at why some of the people on a player’s rail were more excited than the player now had their answer: Staking deals.

Even before the tournament began, threads like this one by Justin Bonomo started appearing on forums and on social media and staking deals were suddenly common knowledge.

Who Had What Percentage of Whom?

Still, like most staking deals in poker, the particulars surrounding The Big One for One Drop agreements aren’t very well known. We do know some of the details of different staking arrangements from One Drop, which I’ll now do my best to narrate:

In the aftermath of One Drop staking deals are openly discussed now as if they were common knowledge. It’s not uncommon to see a player’s backers in their WSOP celebration photos these days, sometimes numbering in the dozens –whereas even five years ago it was simply the player and his bracelet.

Looking to play a little online poker? Get £12 free from 888 Poker when you sign up a new account now.