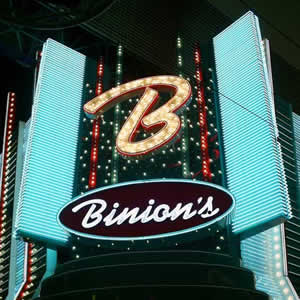 Great Moments in Poker History: Stu Ungar Rises from the Ashes at the 1997 WSOP

One of the true legends of the game is undoubtedly Stu Ungar.

The three-time WSOP Main Event champion and Poker Hall of Famer was the most feared tournament player of his era.  Ungar was a man far ahead of his time (seriously, he was ahead of his time) and as good as he was at poker he was even more feared at his preferred game of gin, a card game he was so proficient in he couldn’t even get a game –which caused him to turn to poker.

Even with a late start, when he won back-to-back World Series of Poker Main Event Championships in 1980 and 1981 Stu Ungar was known as “The Kid.”

In 1997, when he won an unprecedented third Main Event title he was dubbed “The Comeback Kid,” and while I think it’s a witty spin on his old moniker, a more apt nickname would have been “The Phoenix,” as Stuey literally rose from the ashes to win that third title.

Without that third WSOP victory, and without the story of how it came to pass I’m not entirely sure Stu Ungar is the legendary figure he has become. Had he not become “The Comeback Kid” Stuey may have been just another wasted talent story – he’d still be a Hall of Famer and one of the greats, but maybe not Mount Rushmore of poker material.

Then again, even without the third bracelet the life of Stu Ungar is one of legendary and almost unimaginable status, but this column is about WSOP win number three and Stuey’s five-year-long sabbatical from the spotlight.

The 1990’s were what I would term the dog days of poker, and the late 90’s were the doggiest of those dog days.

In 1997 the WSOP was still growing each year, adding 10 or 20 players like clockwork, but quite frankly the tournament had lost the luster it once had. Gone were the days when the participants were all members of the professional poker playing fraternity and the winners were the best of the best, the true “world champions” of poker.

Throughout the 1990’s the list of WSOP winners were solid players, but hardly the types of names people associate with the title “World Champion of Poker.”

In 1990  there was Mansour Matloubi. In 1991 it was Brad Daugherty. 1992 had an interesting story as the second Iranian in three years won the title, Hamid Dastmalchi.

In 1993 it was Jim Bechtel who captured poker’s top prize. 1994 saw Russ Hamilton take the crown. An unknown Dan Harrington won in 1995. In 1996 the WSOP title went to the strangest named player yet, Huckleberry Seed.

It had been close to ten years since the Johnny Chans and Phil Hellmuths really left a mark on the World Series of Poker when in 1997 Stu Ungar took to the tables at Binion’s Horseshoe, playing on Billy Baxter’s dime, in an attempt to book his first tournament cash of any significance since 1991.

How the mighty had fallen

We all think we understand how far Stuey had fallen, but until you put it into words you really can’t imagine how bad it was, and how much of a flyer Baxter was taking on him. Most people felt Baxter was simply lighting $10,000 on fire.

It’s for this reason that his 1997 win was so improbable. Nobody doubted a 1980’s Stuey could win any tournament he entered, but a 1997 Stuey was a different story.

But win he did, and in the process cemented his legacy as one of the all-time greats.

The phoenix falls for the last time

Unfortunately for Stuey, and for the poker world, his demons caught back up with him and he was found dead in a seedy Las Vegas motel just over a year later.

If you want to read the whole story of the rise and fall of Stu Ungar you need to pick up Nolan Dalla’s book, One of a Kind. You can also find some great Stuey stories online by Googling “Stu Ungar + Tom Sexton” or “+ Mike Sexton.”