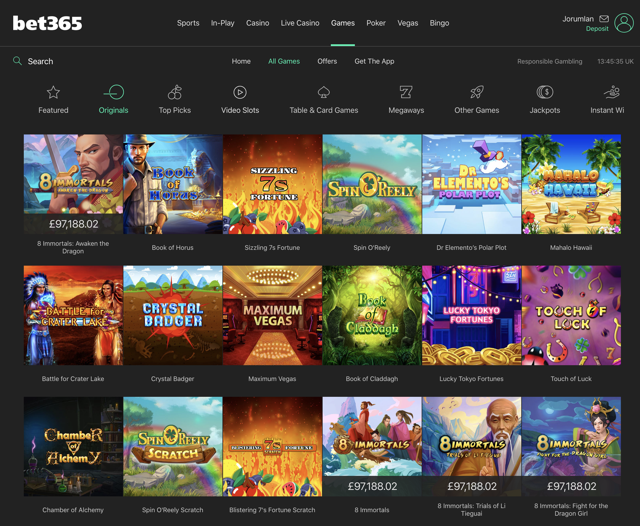 games then the place to head is bet365 Games. People on this site may well be more familiar with its sister site bet365 Poker, but if you are one of the many who also enjoys slot games and casino table games, as well as the occasional dabble with online poker, then bet365 Games is always a great choice.

With a choice of top slots from some of the biggest development companies in the country, including the likes of Microgaming who have some massive progressive jackpot games to play like Mega Moolah and Wheel of Wishes, it is easy to see why so many bet35 customers head to the site to enjoy a wide range of slots.

What may be less well known is that bet365 also offers an extensive range of slot games that you can only play direct on the site and nowhere else. Furthermore, some of these games are absolute crackers and deserve as broad an audience as possible.

Now unfortunately, not everyone can be a bet365 Games customer, but at least if you are living in Pennsylvania in the United States, you can enjoy a good choice of other casinos and slot games to play thanks to new legislation passed last year. For the best deals check out the latest playsugarhouse bonus code offers in the link for some of the offers available to you if you live in this part of the world.

However, if you live in a part of the world where you can access bet365 Games, then you should take a closer look at their Originals, a series of games available only on that site. Outlined below are five games from this selection that are well worth a closer look and which showcase the quality and type of games on offer very nicely indeed.

There are some topics for slots that crop up time and time again, Norse Mythology, Animals, the Far East and Ancient Egyptians are just four and this bet365 Original the Lost Tomb of Cleopatra slot falls firmly into that latter category.

It is a 5×3 reel slot which has a total of 20 pay lines in play on each spin and you can play the game from 0.20 per spin, but increase it to an amount you are comfortable with. The slot also comes with a somewhat rare maximum pay out limit of £250,000, which if it is ever reached by a player, will see the game come to a close. Not that this is likely to affect the vast majority of players.

With an Egyptian styled soundtrack as you play, the base game rattles along at a decent pace but it is when you get to the main features of the slot that the action kicks up a notch, with up to 15 Free Spins available with a 3x multiplier on each win, plus you can retrigger the bonus game by landing three or more Scatters on a Free Spin to retrigger an additional 15 Free Spins each time, up to a maximum of 150 Free Spins in one session.

Another popular theme for slot games is Ireland or more specifically, the luck of the Irish 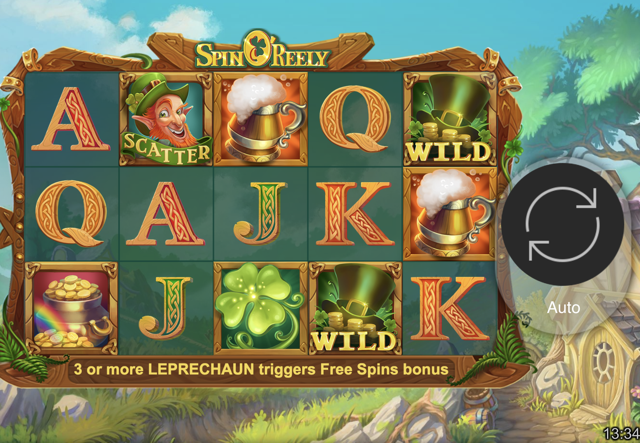 and the little Leprechaun legends that the country is famous for. Well the Spin O’Reely slot is another 5×3 reel game which has 20 pay lines but this one is positively festooned with additional bonus features that you can trigger from within the fun and enjoyable base game.

In that base game, if you can land five of the Wild symbols across the reels, you can land the top prize in the base game on a standard pay line of 250x your bet. However, it is when you land three of one of the trio of different scatter symbols in the game that things come to life.

With a jaunty Irish tune playing as you spin, not to mention lots of Irish-themed symbols on the reels, if you are a fan of the Emerald Isle then this is definitely a slot game to try.

We’re going to take things back in time a little with the next slot on the bet365 Games Originals list. Fruit Twist is a retro-styled slot which features gaming like you would have seen on an older-style slot game that had just three reels and a single pay line that ran across the middle of the screen, just like the old-style one-armed-bandit type of machines.

Don’t think an older slot means not as much to be won as there is a top jackpot prize of 2,500 coins available to be won if you bet the maximum three coins on each spin. Also available is up to three nudges on selected spins, which you can use to move the reels, or an Auto Nudge feature which will automatically nudge the reels in the best way possible based on the number of nudges you have available.

With retro symbols, such as fruit symbols, bars and sevens on the reels, this is a perfect slot for the older player who remembers when these types of games were the only ones available to play. 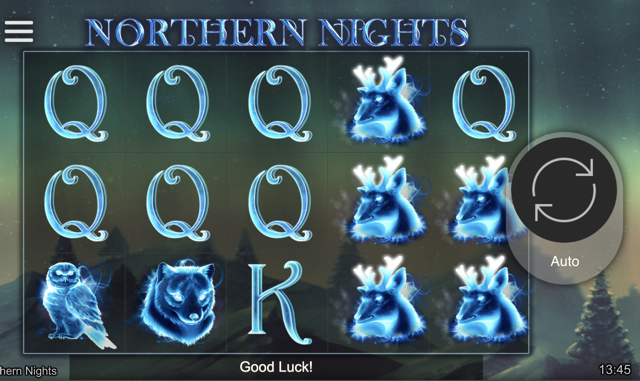 that has been designed to replicate the structure of some of the most popular modern slots available today. The Northern Nights slot is a 5×3 reel slot that offers 10 pay lines in play, but which allows players to win both ways across the reels on those pay lines.

The upshot of this is that every spin has two chances of being a winner, initially from left to right but then if those reels don’t turn out to be a winner, you could win based on how the third, fourth and fifth reels spin out.

The slot features a number of animals as the higher value symbols in the game, all of which are based in the more northerly latitudes, owl, reindeer, fox and bear. There is also a Wild symbol of a compass, which if landed anywhere on the middle three reels, will expand to cover the reels and then trigger a free respin of the other reels, potentially offering you an additional reward. You could add further Wilds to this to create bigger value wins and up to three Respins in a row.

You’ll notice that for our fifth and final slot game, we have used the plural, that is because the 8 Immortals series of games, exclusively on bet365 Games, features currently four different slot games all linked to the same jackpot prize pool. The four games in the series are:

Each of the four slot games has a very different set up to the last, so you do get a great mix of games in the series. Each also has its own bonus features and cash prizes available in the base game and bonus rounds, but all also offer you the chance to win one of the three progressive jackpot prizes available across all four slots.

These are the Mini jackpot, the Major jackpot and lastly the largest is the Mighty jackpot. These jackpot prizes can all be triggered on any qualifying spin in any of the four slot games and the prizes in these jackpots can range from hundreds to hundreds of thousands of pounds.

With so many great games to choose from, it is easy to over look the bet365 Games Originals, but I hope you will agree this taster of the games available there means that it is well worth a closer inspection.