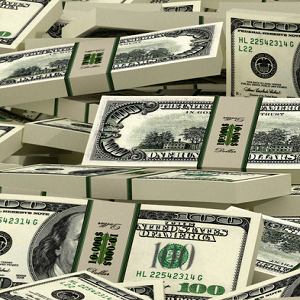 One of the big reasons people play poker is the hope that one day, the poker gods will align the fates and along with their own innate ability, see a player land a big win.

However, for some poker players whose abilities may not be quite so all-conquering, the dreams of landing a massive prize may be a pipedream. However, there are some progressive jackpot slots that offer big sums if you’re lucky enough to hit a jackpot prize.

We know that there is a very good crossover when it comes to poker players that enjoy slots (and for that matter, sports betting). If you want to try out some of the top progressive slots listed here then why not sign up with the latest bet365 Games Bonus which is available now and you can play all the games mentioned in this article!

So if you are thinking about trying your hand at some progressive jackpot slot games at bet365 Games, what are the best slots on bet365 that you should focus on for the biggest possible jackpots?

Looking for a variety of poker games at Bet365? Head on over to the poker room, where you will find dozens of tables of No Limit Hold’em and Pot Limit Omaha. No 5 Card Omaha, unfortunately, but you will still get to play some of the biggest games in poker with thousands of other players to play against. Cash games and tournaments available 24/7, 365 days out of the year.

There are a large number of games available in the Mega Jackpot series of progressive jackpot games and the prizes on these slots can go towards the millions at times, making this series offer some of the best bet365 slots of 2022.

Games included amongst the bet365 best slots in this series are:  Elephant King, Wheel of Fortune, Cleopatra, Golden Goddess and Ocean Belles.

The key to landing a shot at the progressive jackpot prize is to land three Wheel of Fortune symbols in the base game which takes you to the main Wheel Spin bonus game.

In this game, you spin a wheel to reveal a prize and one of the prizes you can win is the Mega Jackpot Bonus. How you get at this bonus is tailored to each game in the series, so in the Wheel of Fortune game, for example, it is achieved by spinning the wheel.

One of the more famous slots of recent times based on the Ridley Scott motion picture of the same name that starred Russell Crowe in the titular role. The game is a progressive jackpot version of the original Gladiator slot and essentially, you have the same base game but with a progressive jackpot element tagged on.

In addition, one of the new bet365 slot games Gladiator Road to Rome has been added to this progressive jackpot network, which offers prizes ranging from hundreds of thousands of pounds, to millions.

The Jackpot King series of slot games are all linked to the same progressive jackpot prize fund and the chance to win the jackpot prize can be randomly activated in any of the games in the series.  To land the progressive jackpot, you collect crowns in the game which are located on the reels. The more crowns you collect, the greater the multiplier you can win on your standard prizes.

As the game plays on, you can then pick from an increasing haul of Kings Treasure in the progressive game to improve your win and eventually you will get a chance to play the Wheel King game and a chance to win a shot at the progressive jackpot prize, which usually sits at well over a million pounds.

There are a large number of games part of this series including Wish Upon a Leprechaun, Ave Caesar, Slots of Gold, Diamond Jackpot, Fruitinator, Tridentia, Genia Jackpots, Gold Frenzy, Count Duckula, Worms Reloaded, The Goonies, Mars Attacks, Top Cat, Paws of Fury and Star Spinner to name but a few in this greatly expanded series of progressives.

To win the jackpot you need to launch the Jackpot game randomly when playing the slot. If you can trigger it then you get to select from a grid of 20 coins. Each hides a different jackpot symbol and you keep selecting coins until you win one of the jackpot prizes. Once you have collected three of the jackpot symbols, that is the prize you will win.

This series has expanded since it was first released and now encompasses many games that all offer a shot at the same progressive jackpot prize including Age of the Gods, Furious 5, Fate Sisters, Mighty Midas, God of Storms, Ruler of the Sky, Medusa & Monsters, Prince of Olympus, Goddess of Wisdom, Rulers of Olympus and you can even try and land the jackpot playing the Age of Gods Bonus Roulette game.

One of the most famous progressive jackpot games in the world, Mega Moolah is a slot from Microgaming that currently holds the world record for the largest ever pay out to a player, a £13.3 million jackpot prize paid out in October 2015. However, since then the jackpot has paid out even larger numerical value prizes, including a $19 million prize and a prize of over €20 million in early 2019.

The progressive jackpot is actually four jackpot prizes ranging in size from Mini to Minor to Major to Mega and while the first two prizes are generally small (around £100 or lower), the last two prizes are much larger, with the Major jackpot hitting around the tens of thousands mark regularly, while the Mega jackpot is always worth at least a million in the currency you are playing, if not a great deal more if it has had time to grow.

For me, Mega Moolah is still a real contender for the best slot on bet365 and it is certainly one of the best slots bet365 has offered for a considerable period of time.

There are also a number of other standalone progressive jackpot games that offer wins ranging from tens of thousands to hundreds of thousands and occasionally into the millions. These games include:

There’s also a new type of jackpot available at Bet365 Games now, a Dual Drop jackpot. These are games that will payout at stated times. These include a Weekly Jackpot, which pays out once a week and offers thousands in prizes, and a Community Jackpot which is considerably larger and pays out when the total reaches £100,000.

There are a number of games you can play to earn tickets to win a chance at landing one of these progressive prizes including, Wrath of the Deep, Ancient Gods Pandora’s Creation, Shamrock Reels, The Dark Watchers, Berry Fury, Untamed Bison, Super Mega Ultra Wheel, Promise of Persia, Ancient Gods Legends of Amun Ra, Atomic 7s, Alpha Legends, Book of Sekhmet and Colt’s Law.

With new content from top providers added frequently, you will never be short of exciting top progressive jackpot slots and games to play at Bet365 Games.

Bet365 Games is a treasure trove of options for players looking for almost any type of casino game you can imagine. The selection of choices should satisfy any player that likes either the standard classic casino games or even something out of the ordindary.

Here are some other idea for Bet365 Games worth looking at: